The Pickpocket skill allows you to steal items off of a person. As perks are gained in this skill, you gain abilities that make pickpocketing attempts more likely to succeed, silently kill people with poisons, increase your maximum carrying capacity, and the ability to steal equipped items. The Pickpocket skill tree has a total of 8 perks, requiring a total of 12 perk points to fill.

In-game Description: The stealthy art of picking an unsuspecting target's pockets. A skilled pickpocketer is less likely to be caught and is more likely to loot valuables. 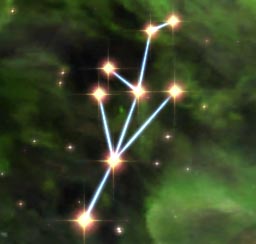 If you are sneaking when you approach a person, you will be given the option of viewing the person's inventory. Simply viewing an inventory is not considered to be a crime.

When stealing multiple items at one you can only guess the success rate, as only the chance for one item at a time is displayed and it is easier to steal more items with smaller weight.

The maximum chance for success is 90%.

The maximum amount of gold pickpocketable on an awake target is 3,107 (1% chance on a 15 Pickpocket skill target). The most you can steal with maximum chance (90%) of success is 2,217. Alchemy and Enchantments will DECREASE the chances of a successful Pickpocket when the gold value gets to high. Fixed in Official Skyrim Patch.

After investing in the Poisoned perk you can reverse-pickpocket poisons onto targets to damage them. Giving multiple poisons to a target will make them "take" the poisons until they are either all gone or the target dies. Remaining poisons will be left on the corpse and are retrievable.

If you fail, the target will detect you and you may receive a bounty, if you are detected by someone that reports crimes. Even if successful, there is also a chance that the target will hire thugs to kill you.

The following races have an initial skill bonus to Pickpocket:

One achievement is related to Pickpocket: