Destruction magic provides many means of inflicting damage on enemies. Destruction spells use elements (fire, frost, or shock) to damage health; an enemy's magicka and stamina can also be reduced. Increasing this skill reduces magicka cost when casting Destruction spells. Historical information about the School of Destruction is provided in the lore article. The Destruction skill tree has a total of 14 perks, requiring a total of 17 perk points to fill.

In-game Description: The School of Destruction involves the [sic] harnessing the energies of fire, frost and shock. This skill makes it easier to cast spells like Fireball, Ice Spike, and Lightning Bolt.

Destruction is the principal damage-dealing school of magic. Destruction mages can use perks to specialize in one or more of the elements—fire, frost, and shock—gaining the ability to do extra damage. Since some enemies are resistant to particular forms of magic, anyone relying on Destruction is well-advised to learn spells from more than one element, and perhaps to specialize in two or more.

Many inhabitants of Skyrim are weak against fire damage, including trolls and all creatures with "Frost", "Ice", or "Snow" in their name. In some dungeons there are pools of flammable liquid which you can ignite with fire magic, resulting in impressive conflagrations that can wipe out enemies in seconds, particularly at low levels. The Intense Flames perk is of limited use, firstly because humanoid enemies will drop down to their knees when their health is below 10%, and secondly because enemies that do not drop down will run away, forcing you to kill them some other way.

In addition, by casting the Flames spell repeatedly in short bursts, you can apply the "on-fire" effect several times, which will dramatically increase your damage output. If you take the Aspect of Terror perk from the Illusion skill tree, it will make this trick even more devastating and potentially viable even at high levels despite being a Novice-level spell. It should also be noted that even without Aspect of Terror, Flames is the second-most magicka-efficient spell in the base game (after Firebolt), and Aspect of Terror will make it an uncontested first place. This trick also works well when combined with the Slow Time shout. With Dragonborn installed, Ignite is much more magicka-efficient, but will not advance your Destruction skill very quickly.

Unfortunately, many enemies boast a resistance to Frost damage, and Nords—the most common NPCs in Skyrim—resist it as well. Vampires have a bonus 50% Frost resistance and Nord vampires are completely immune, as are all Dwarven automatons. The Deep Freeze perk is useful, but almost exactly the same effect can be achieved with dual-casting and Impact. The Adept-level area effect missile spell, Ice Storm, is distinct from its counterparts in the other two elements in that it covers an area of effect as the projectile itself travels, instead of just projecting its effect area upon impact. Large swaths can be attacked by rapid-fire tandem casting of Ice Storm.

Usage of any frost attacks against bandits or other primarily melee-based foes shows the utility of the stamina-damage and slow effects, as it can impair their ability to power attack or shield bash, as well as allow you to stay out of their melee range. However, Ice Storm's primary weakness is that unlike Fireball and Chain Lightning, it has a limited range (though still three times as far as your typical concentration spell) and is also quite slow, making it more difficult to target fast opponents in open areas.

In practice, enemy mages tend to have more magicka than health, which combined with the fact that you deal more health damage than magicka damage might make the magicka damage meaningless. However, skilled mages with the proper magicka reserves will win in a mage-vs-mage duel of attrition. The magicka damage is also effective against dragons who are unable to shout once their magicka pool is depleted. Shock spells have three chief advantages: firstly, there are few enemies that are resistant to shock damage, and in the base game, only storm atronachs and Orchendor have 100% shock resistance, making it equally useful against practically all enemies and allowing you to save perks by specializing in just one element (Dawnguard and Dragonborn add a couple of unique creatures with shock resistance, along with netch, seekers and shock spiders). Secondly, unlike fire and frost, all shock spells hit instantly wherever you're aiming them, making it easier to hit moving targets, though at a reduced range compared to fire and frost spells. Finally, shock gets a specialization perk, Disintegrate, which effectively reduces hit points of all enemies in the game by 15% (though it may cause some looting problems as of patch 1.3, so be careful). This perk is particularly useful when dealing with necromancers, or anything else capable of raising the dead, since it ensures that the disintegrated target cannot be reanimated. At the same time, if you wish to reanimate enemies, you should either avoid this perk or avoid using shock damage on enemies you want to revive.

Across each elemental family, the pattern of spells is consistent: 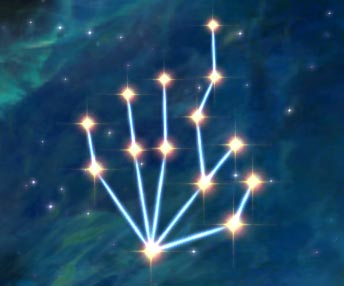 The following individual effects are all considered to be part of the school of Destruction (see the individual effect pages for full details on availability; the Magical Effects article also provides a summary):

Be aware that increasing your Destruction skill level decreases the casting cost, but does not increase the spell damage. To keep using Destruction magic effectively against tougher opponents, you will need to either learn stronger spells, pick the damage increasing perks, or both.

Shock spells reach their target nearly instantaneously, much faster than the other elements, so you do not have to lead your shot when targeting moving opponents.

Rune spells can only be placed close to the caster, and the continuous-damage Novice-level spells Flames, Sparks, and Frostbite have a very limited range. However, the range of Rune spells can be improved with the Rune Master perk.

It is best to use Rune spells in close quarters or tight entrances, and is especially useful for those that mix stealth and magic. They are also useful for triggering draugr that are hidden in crypts. What's more, if you have the Rune Master perk, runes can be used as an instantaneous mid-range attack.

Use the various cloak spells when battling multiple enemies, as any nearby opponent that you are not focusing on will still take damage. Be aware, however, that cloak spells will only level your Destruction skill on a per cast basis, not a per damage basis.

When facing a difficult opponent with high health, such as a dragon priest, it is often helpful to make use of the dual-casting Impact perk. This effectively allows you to stagger-lock the opponent, preventing them from retaliating. Larger opponents like dragons and Dwarven Centurions can only be staggered if you have the Augmented perk that corresponds to your spell (for example, Augmented Fire for Firebolt).

Note that the Dual Casting perk is magicka inefficient, as it means only 10% damage increase for 40% higher magicka cost. Unless you have a lot of magicka or a lot of casting-cost-reducing gear, it is more efficient to cast two normal spells with both hands (you can still cast two single-cast spells after acquiring the perk by activating one hand then the other in rapid succession, rather than activating both hands simultaneously for the dual-cast version). However, dual casting has two advantages that, situation depending, may outweigh the additional cost: the DPS of dual casting is higher, and the Impact perk provides a guaranteed stagger, depending on the spell. The stagger effect has no effect if the target is already staggering, thus a good balance between efficient damage and shutdown of the target is to alternate a dual-cast with two quick double casts. Impact does not work with constant 'stream' spells (Flames, Frostbite), Novice-level spells, the Wall-type Expert spells, or Master-level spells.

Note that any spells that require preparation time to be cast stop your magicka from regenerating for the duration of the charge up until the spell is cast. This means that both preparing and holding spells, and casting spells in rapid succession reduce the amount of time available for magicka regeneration, and make sustained casting difficult. In order to maximize natural magicka regeneration while in combat, it's best to minimize any time spent "waiting" to cast a fully-charged spell.

When using Fireball or Chain Lightning, it is better to aim at the ground or wall near the target than at the target itself. There is no proximity falloff to damage in the area of effect, and the wall or ground near a moving target is far easier to hit than the target iteslf. Use those spells (and Ice Storm as well) to attack areas, not specific targets.

The following races have an initial skill bonus to Destruction: