Illusion is one of the five schools of magic in Skyrim. Illusion magic focuses on changing the perception of the world from the viewpoint of the target. Increasing this skill reduces magicka cost when casting Illusion spells. Historical information about the School of Illusion is provided in the lore article. The Illusion skill tree has a total of 13 perks, requiring a total of 13 perk points to fill.

In-game Description: The School of Illusion involves manipulating the mind of the enemy. This skill makes it easier to cast spells like Fear, Calm, and Invisibility.

Illusion contains a range of spells that play with your enemies' minds. While no Illusion spell does any direct damage, spells and perks in this school are a good supplement to Stealth-focused characters, and make stealthy play more viable for mages.

For each effect type, the pattern of spells is consistent:

Target Level does not apply to Rally effects.

Illusion is a formidable tool against almost every enemy in Skyrim, dragons being a notable exception. It can be used on its own as a combat tool, but it is best used in conjunction with another skill to take on enemies.

The only effect that serves as a combat tool is Frenzy, which can be used to cause groups of enemies to decimate each other. Frenzy spells can also be useful for hunting deer and other fleeing animals, as they will turn and attack you instead of running away. Furthermore, casting a Frenzy spell on someone is not considered a crime if you are hidden when you cast it (regardless of whether or not you have the Quiet Casting perk). This can make some of the Dark Brotherhood contracts much easier.

You can simply avoid combat with Fear, or Pacify, the latter of which has the additional use of allowing you to converse and trade with otherwise hostile NPCs. Pacify spells may also allow you to set up additional sneak attacks if the first did not kill your opponent. Invisibility and Muffle can allow you to bypass enemies, even in full daylight, or setup sneak kills. Followers can be rallied to provide better protection at times too. Quiet Casting also affects use of the Thu'um, so you will be able to shout and stay undetected.

Drawbacks to the skill are that undead, Daedra, and dwarven automatons are unaffected by Illusion spells until the perk Master of the Mind is activated. Without the Quiet Casting perk, enemies will be able to hear the casting of the sneak-oriented spells Muffle and Invisibility, and may still be able to detect you. 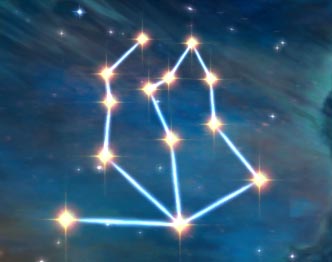 Master of the Mind

A list of standard Illusion spells can be found on the Spells page. The following individual effects are all considered to be part of the school of Illusion (see the individual effect pages for full details on availability; the Magical Effects article also provides a summary):

The following races have an initial skill bonus to Illusion:

When the player reaches a high level in this skill, NPCs (particularly guards) will sometimes comment: "You're the one that casts those illusions. Impressive."