In-game Description: The art of lockpicking is used to open locked doors and containers faster and with fewer broken lockpicks. 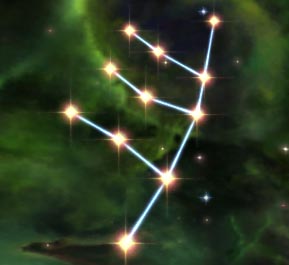 When you target a lock/trap that you don't have the key for, but that can be picked, a tooltip bubble ("Unlock (object or location)") will indicate its difficulty level on a scale from "Novice" to "Master". If you have at least one lockpick in your inventory, interacting with your target will activate the lockpicking interface. The lockpicking interface shows a dagger for turning the lock, and a lockpick for disarming the locking mechanism. Your objective is to place the lockpick on the correct position in a 180 degree arc. Only then can you fully turn the lock to open it. Trying to turn the lock with the lockpick in an incorrect position will result in the lock refusing to open and in permanent damage to your lockpick.

Picking the lock successfully requires a certain degree of trial and error. Successful strategies to reduce the number of lockpicks broken may make use of the following facts:

The challenge of the lock is inversely related to the size of the tolerance zone. A larger zone makes it easier to find and allows more leeway before the pick breaks. The size of the tolerance zone is increased by your lockpicking skill and any active bonuses (granted by perks, suitably enchanted gear or potions). It is decreased by the difficulty rating of the lock. It is therefore possible to pick a "Master" level lock with a low lockpicking skill, but you will probably break more lockpicks to get it open.

Experience is given when you successfully pick a lock for the first time and when you break a lockpick. If you break a lockpick, a small, fixed amount of experience is given, regardless of any other factors.[verification needed — Does the Thief Stone make a difference?] If you successfully pick the lock, the experience gained is based on the difficulty of the lock (harder locks give more XP) and whether you have the Thief Stone activated.

Leveling lockpicking "on the go" is perfectly viable. If you wish to speed up your advancement in lockpicking at the expense of a little time, you can refrain from looting/pickpocketing most keys and pick their locks instead, with little to no impact on the rest of the game.

Should you wish to power-level lockpicking (e.g., to quickly gain access to specific perks in its skill tree), you can intentionally and repeatedly break your lockpick in a lock. For this tactic, a lock that does not open on the default, vertical position is preferred, and requires either a large amount of lockpicks in your inventory, or the Skeleton Key which is obtained at a late stage in the Thieves Guild storyline and does not break per se (but failed attempts still count for the purpose of gaining experience). As a note, be sure to be well-rested and have the Thief Stone activated.

The following races have an initial skill bonus to Lockpicking:

One achievement is related to Lockpicking: