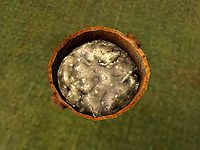 A bowl of ectoplasm

Ectoplasm is an uncommon ingredient obtained from ghosts.

40 guaranteed samples can be found in 27 different locations. Locations with multiple samples are:

It is categorized as an uncommon ingredient, meaning that all apothecary merchants have a 15% chance of carrying 1-5 samples. In addition, it may be randomly found in uncommon- and rare-type apothecary's satchels.

Ectoplasm is dropped by all varieties of ghosts and other ethereal undead, including dragon cultists, sanctuary guardians, and spectral warhounds.