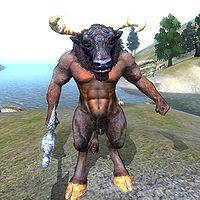 The ingredient Minotaur Horn is primarily collected from dead Minotaurs.

3 guaranteed samples can be found in the following places (magenta crosses on map):

Almost all varieties of minotaur drop Minotaur Horns, including all standard Minotaurs, Minotaur Lords, Minotaurs of the Grove, and Savage Minotaurs. The only minotaurs to not drop horns are the Dreamworld Minotaurs.

Places where Minotaurs are guaranteed to appear include: 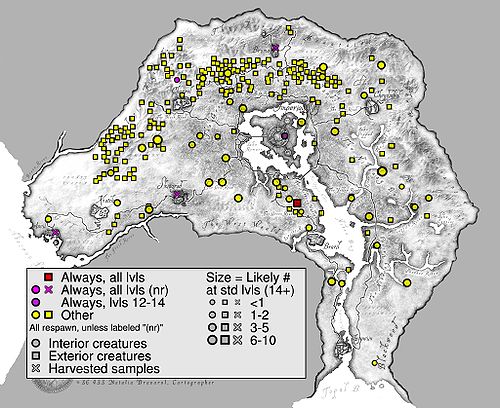 Locations of Minotaurs and Minotaur Horns

This is a unique minotaur horn (FormID 000CBD45) that can be retrieved during the quest The Siren's Deception from the Gweden Farm basement. Its alchemical properties, value, and weight are all identical to those for a standard minotaur horn; however, because it is considered to be a different ingredient, it can be combined with a standard minotaur horn to yield a potion with all four alchemical properties. Pinarus' Prize Minotaur Horn cannot be duplicated in the Arch Mage's Enchanted Chest.