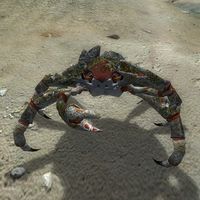 The ingredient Crab Meat is found on Mud Crabs and can also be found as food.

56 guaranteed samples can be found (these locations will respawn since crab meat is food), in the locations marked with red crosses on the map. The places with the highest numbers of samples are:

Crab Meat comes from Mud Crabs, including the Spectral Mud Crab. Mud crabs are found along shores everywhere and are common nuisance beasts in many dungeons that contain water. They are encountered at all levels. Places where they are guaranteed appear are shown as red squares (exterior locations) and red circles (dungeons) on the map. The best places to find large numbers of crabs are: 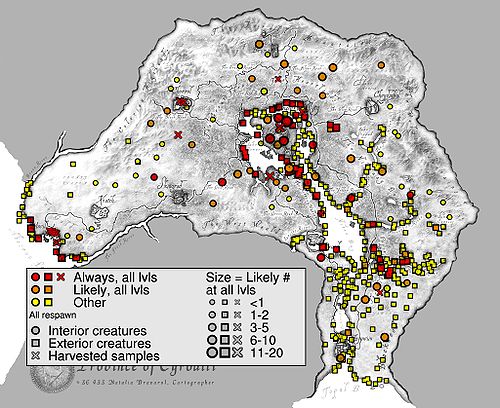