Three samples of Void Salts are necessary to activate the Atronach Altar in the Wizard's Tower official plug-in, if you wish to use the altar to summon a permanent Storm Atronach companion. (Fire Salts or Frost Salts will instead provide a Flame Atronach or Frost Atronach, respectively).

5 guaranteed samples can be found in the following locations (magenta crosses on map):

Trying to find creatures with Void Salts before level 19 is challenging. Only one low-level source exists:

Other sources are primarily restricted to locations specific to the Main Quest.

Outside of the main quest, the best places to look for Storm Atronachs are: 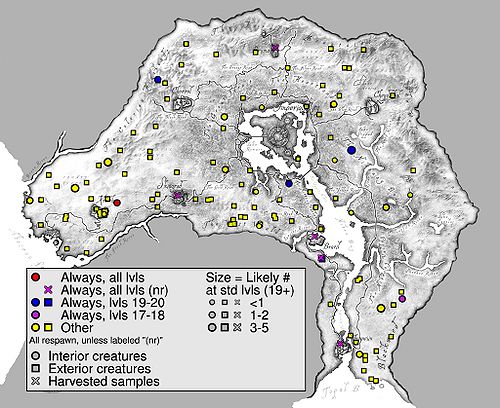