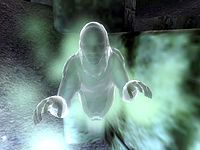 The ingredient Ectoplasm can be collected from Ethereal Undead.

2 guaranteed samples can be found in the following locations:

Ectoplasm is obtained from almost every type of Ethereal Undead creature, including standard Ghosts, Ancient Ghosts, Faded Wraiths, standard Wraiths, Gloom Wraiths, Sanctified Dead, and Spectral Sailors. These creatures are most commonly encountered in Undead Dungeons where, starting at level 6, there is a roughly one in three chance that any undead will be ethereal. Undead also spawn using the same leveled lists in Vampire and Necromancer Dungeons.

There are some locations that spawn only ethereal undead and therefore have greater probabilities of yielding ectoplasm and also allow ectoplasm to be located before level 6. These places are indicated on the map by red circles and include: 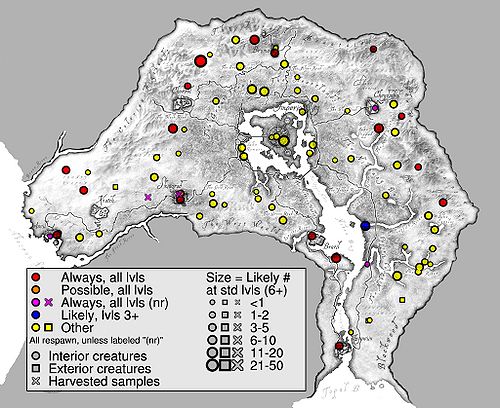