The ingredient Flour is only found as already harvested samples. It is not considered to be food, so samples found in the open do not respawn. Only samples randomly found in some food sacks will respawn.

73 guaranteed samples can be found. The places with the highest numbers of samples are:

It can also be found randomly in the inventories of food vendors, in some loot chests, and in food containers. 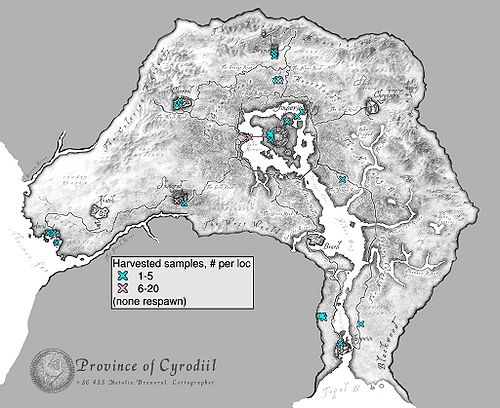