4 guaranteed samples can be found in the following locations (magenta crosses on map):

Outdoors, they are found in Rainforest and Swamp regions (squares on map). In the wilderness they appear starting at level 17; along roads, they appear starting at level 15 (blue squares). The final place where it is possible to encounter Land Dreughs is in the Arena, where they can be the opponent in the Grand Champion matches at levels 15-17 (along with two Ogres). Land Dreughs will not be encountered before level 15. 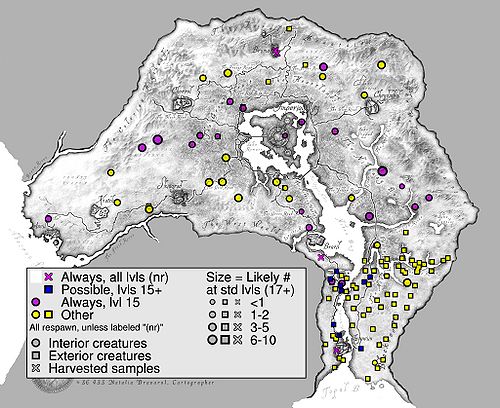