1 guaranteed sample can be found in the following location (magenta cross on map):

Obtaining Clannfear Claws before level 11 is difficult. The only place where an adult Clannfear can be encountered at any level is during the Great Gate quest, where there is a single guaranteed adult Clannfear, independent of your character's level. During the Paradise quest, Clannfears can be randomly generated starting at level 8.

In Cyrodiil, Daedra leveled lists that can randomly spawn Clannfears (level 13-21) are found in Conjurer-inhabited ruins (circles on map). Clannfears can appear outside Oblivion Gates at levels 16-24 (squares on map). The best locations to check are: 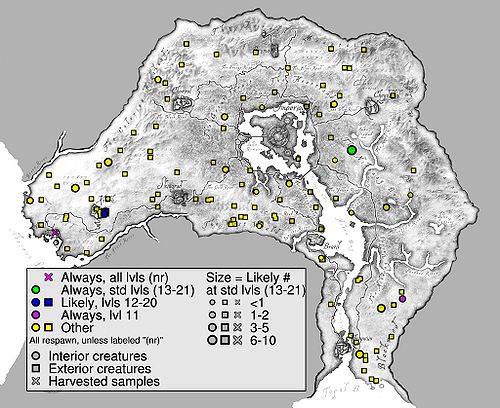