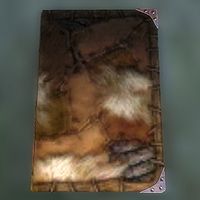 The Oghma Infinium is a book which is obtained upon completion of Hermaeus Mora's Daedric Shrine quest. When you read the book, it increases three skills and two attributes by 10 points each, permanently. Which skills and attributes depends which of three paths you choose when you use it. You may only choose one path, then the book disappears. The choices are as follows:

Skills can be increased above the usual maximum of 100 points. This is of limited use, however, because skill increases over 100 do not grant special abilities and usually do not increase damage/armor rating/spell effectiveness etc. One advantage is that you are able to gain extra levels if the Oghma Infinium raises major skills.

Using this book, all attributes except Endurance, Personality and Luck (but only two of them per character, depending on which Path you choose) can be raised above 100 to at most 110 with a corresponding increase in all derived values, such as Magicka, running speed or carrying capacity.