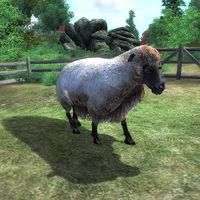 The ingredient Mutton is primarily found as food but can also be collected from dead sheep.

42 guaranteed samples can be found (these locations will respawn, since mutton is food) in the locations marked with red crosses on the map. The places with the highest numbers of samples are:

It can also be found randomly in the inventories of food vendors and in food containers.

Mutton can be collected from some, but not all, varieties of dead sheep. Sheep are non-aggressive creatures that can be found at any level, although attacking someone's sheep is illegal and will give you a 5 gold bounty.

The places where sheep bearing mutton can be found are: 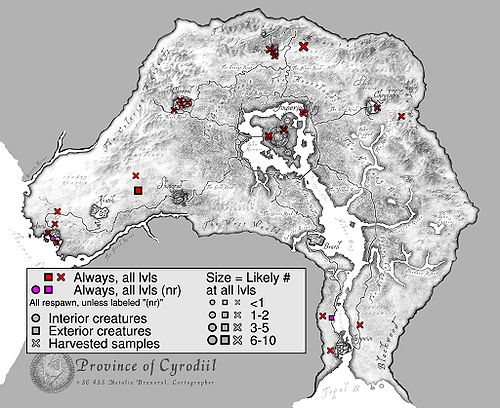