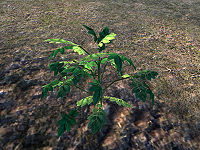 The ingredient Potato is primarily found as food. It can also be harvested from the plant "Potato Plant," which is found at several farms.

Potato is one of the few commonplace ingredients that cannot be duplicated in the Arch Mage's Enchanted Chest.

Six samples of a quest-specific version called the Jumbo Potato are found during the quest The Potato Snatcher. They have identical properties to normal potatoes, except as quest items they have zero weight.

430 guaranteed samples can be found (these locations will respawn, since potatoes are food). The places with the highest numbers of samples are:

It can also be found randomly in the inventories of food vendors and in food containers. Shivering Isles adds 18 additional samples.

The places with the highest concentrations of Potato are: 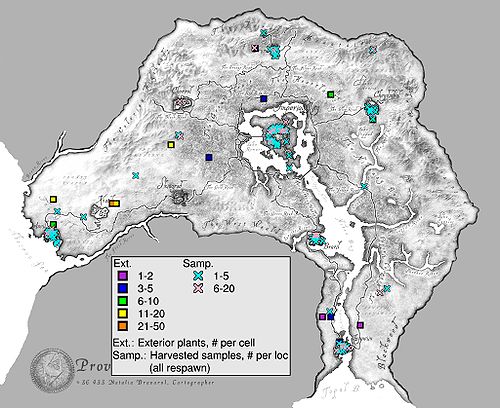