My real name is Jesper and I am a 40 year-old male, living in Denmark. I make a living as a freelance editor on films and television and have done so for the last 19 years. Due to the financial crisis, business weren't good in the first few months of 2009, and instead of boring myself to death, I decided to join this Wiki, which I had used numerous times since I started playing Oblivion in the summer of 2008. My very first edit was a half-baked and a bit naive schedule for Marana Rian, a trainer that I had chased around after in order to find her - again and again. I figured, I would help gamers avoid the same amount of trouble. So I followed her around for two whole in-game days, which, at the time, felt like a lifetime. Understandably (when I look at it now), Rpeh reverted my schedule, but noted in his Edit Summary, that I had been very close. After talking to him on his talk page, he offered me a gig as an in-game checker on something called the ONPCRP - short for the Oblivion NPC Redesign Project, and I slowly started to spy on the different NPCs that were already written. At one point, I felt so secure about the game's mechanics and the NPC behavior, that I was given permission to write my own - from observations made in the game. The rest is history, and I am now a steady contributor to the project, having followed over 500+ NPCs around (mind you, every NPC takes between 48 minutes and 6 hours to check/write in-game), and I have no intentions of slowing down - except for the fact, that the TV editing jobs are slowly crawling back to me, which is good, even though it means I DO have to slow down - a little.
(text written in 2009) 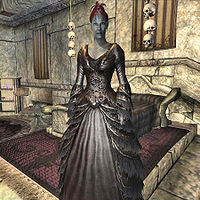 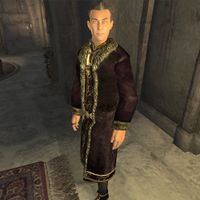 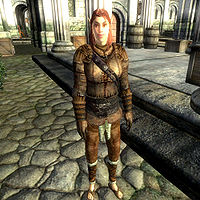 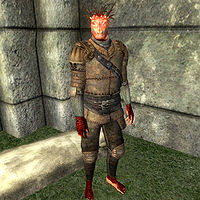 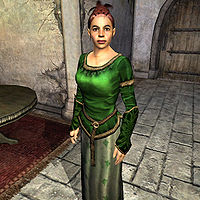 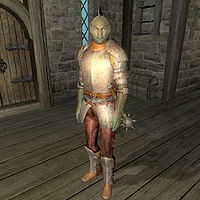 I wrote the following Skyrim articles and feel responsible for their maintenance: