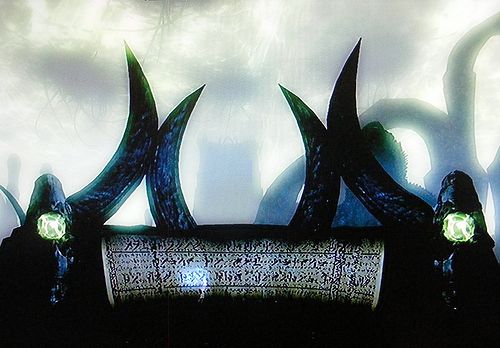 We intend to translate the moving, unknown language on this Word Wall

The purpose of this sandbox is to collaborate on a translation of the Word Wall in the 6th Chapter of the Black Book Waking Dreams, the Word Wall that gives the third word ( D3V ) of the Dragon Aspect shout. There are strange, moving words behind the Dragon Language text on the Wall, written in an unrecognisable language. The Dragon Language part of the Word Wall has already been translated. It is the moving words in the unrecognisable language that this project hopes to translate.

I have decided on the interim name of "Apocryphal" for this new language, being that it seems to only be seen in this one location in Aprocrypha. We can debate this on the talk page.

I have hand-picked a team to invite as participants on this project. The invitees are primarily those who have previously been involved in Elder Scrolls language translations in the past on the wiki, particularly those who worked on the Magic Script Alphabet and the Elder Alphabet pages. An invitation to participate is just that, an invitation. It is not an expectation that any of the invitees will participate, although it is my sincere hope they will, as I could do with a lot of help on this project.

If you have not specifically been invited to join this team, but you feel that you have something to contribute to this project, please do leave a message on the talk page. Your contribution may well give us an answer to something that has us all stumped. If you do make such a ground breaking suggestion, you will probably receive an invite to join the team.

With all those words in an unknown language moving around on the Word Wall, it will be difficult to capture them effectively and pin them down. Here is a list of tasks I propose we follow in order to achieve the result desired.

Nothing is set in stone here, and all these steps are open to debate and discussion on the talk page.

Sample of a Still Image

Here are some of the words on the Word Wall from the 6th Chapter of the Black Book Waking Dreams. A still image like this doesn't do them justice, as they are seen moving around in-game. We may even need to stitch together several still images to get the full text. It looks like it marquees around repeatedly, so we may just have to decided randomly where the start and end points are. 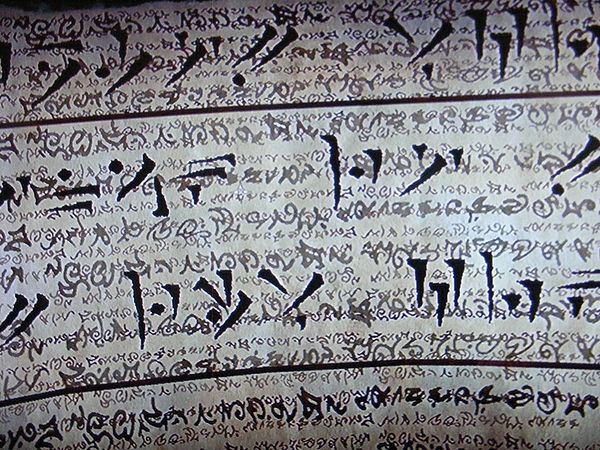 Ignore the Dragon Language in the front, we're after the smaller script that moves around in the background

Here are some tools I intend to use for this project, if you would like to suggest others, please add them to the talk page.