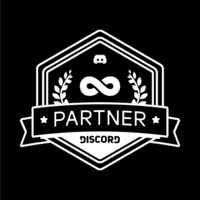 Discord provides a chatroom environment for real-time discussions with other UESP editors. You can join with this link.

After clicking the link, you will be able to enter a username or log in with your existing Discord account. If you do not have an account, you will be taken to the Account Setup page. Upon joining the UESP Discord server, you may notice a list of channels, denoted with the hash symbol/number sign (#). Click on any channel to view the discussions in that channel.

To say something in a channel, just type something in and hit enter. Once a message is sent, you have the option of editing it. Press the up arrow to immediately highlight your last message, or hover over a message and click the gear that appears to the right for various options. If you wish to reply to a particular user, or simply want to get their attention, preface their username with the @ symbol to tag them. As you type the name, Discord will offer auto-complete options, and you can simply click their name in the list to finish the tag. (Note that abuse of this feature will not be tolerated. If you wish to disable notifications, you can do so by clicking the server's name above the channel list and choosing Notification Settings.)

The UESP Discord is set up with a number of emojis, including logos for Skyrim's main factions; ESO's races, classes, and alliances; Legends' attributes; and various others that may be of interest to Elder Scrolls fans. You can view these, along with the other emojis Discord supports, by clicking the small face icon on the right side of the edit box. If you know an emoji's command (such as :smile: or :Sweetroll:), you can type it in manually; Discord will offer auto-complete suggestions while you do so.

Voice channels are provided for non-text discussion. Discord allows you to set up a global hotkey, or use voice activation. Additionally, you can enable an in-game overlay to show other users in a voice channel while you play full-screen games. These options, and many more, can be accessed by clicking the gear icon in your userbox, left of the text input box. While you are logged in, you can "claim" the account at any time by clicking on the Unclaimed Account notification banner at the top of the chat window, or from the User Settings screen. You will then be asked to enter an email address to claim the unique identifier and create an account. Note that even after creating an account, the username you chose can still be used by someone else, but only you will have the unique identifier Username#xxxx.

The basic intent of the chatroom is to allow amicable, informal discussions about UESPWiki and the UESP site in general:

Trusted community members have authority to enforce these guidelines as they see fit, in particular in cases where one channel user is disrupting other users of the channel.

Some other guidelines that apply to all discussions on our Discord are:

Various ranks are given to trusted community members. Note that the following list is by no means exhaustive.

Administrators are the highest rank, and have control over the server administration. They are trusted members who are usually administrators on the wiki and/or on the forums.

Bureaucrat is a special Administrator rank for site owner Daveh and other wiki bureaucrats.

There are three staff roles with equal standing who have control over channel management. These members should be the first port-of-call if any conflicts or disputes should arise. (Although ideally, these won't arise!). These roles are given out, with administrative discretion, to those who meet the below requirements.

"Founder" is an honorific title given to those members who joined the Discord server during its first few days of operation.

By gaining XP and leveling up, you will earn ranks on the server:

If you are a member of one of the UESP's ESO Guilds, you can join the Discord group for that guild. Just type ?join followed by a space and then the name of the guild group you wish to be placed in; this can be PC-NA, PC-EU, PS4-EU, or XB1-NA. This allows access to the ESO_Chat voice channel, and you will receive alerts when announcements are made to Guild members. To leave a group, type ?leave followed by the same code.

The UESP Discord has channels for a variety of purposes:

Bots are automated programs which can perform special functions. Bot commands should be primarily posted in the #off_topic channel.