Alteration, one of the five schools of magic in Skyrim, affects the world around it by altering the laws of reality and manipulating it to one's own accord. Increasing this skill reduces magicka cost when casting Alteration spells. Historical information about the School of Alteration is provided in the lore article. The Alteration skill tree has a total of 10 perks, requiring a total of 14 perk points to fill.

In-game Description: The School of Alteration involves the manipulation of the physical world and its natural properties. This skill makes it easier to cast spells like Waterbreathing, magical protection, and Paralysis.

Alteration contains a range of defensive and utility effects.

In some ways the protective spells in Alteration are an alternative to the Wards found in the school of Restoration. 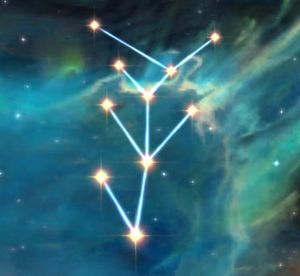 Wearing any piece of apparel with the keyword ArmorLight or ArmorHeavy, including equipping such an item after a Mage Armor spell has been cast, will completely negate the armor bonus from any Mage Armor perks. However, shields do not use either of these keywords, so equipping a shield will have no effect on the bonus. There is also a small assortment of apparel items that have an armor rating but lack the relevant keywords and thus can be worn without disabling the Mage Armor effect:

The following races have an initial skill bonus to Alteration:

Casting with Enemies Nearby

Magelight can be cast anywhere for a small amount of XP, such as while walking to some distant destination, making this a sure but slow way to level Alteration.

After you learn Water Breathing, another way to quickly level Alteration is to stand in water and repeatedly cast Water Breathing. You don't actually have to be underwater, just standing in it (this only applies to pools of water you could actually dive into; so the small streams in Whiterun won't work, but the river outside will, as will the pool just outside the entrance to Dragonsreach).

The Detect Life spell increases your Alteration experience depending on the number of targets it is currently detecting. Using it on your horse in the wilderness is almost useless, while using it in crowded location (the market in Riften during the day, for instance) gives incredible training speed. The more living objects in range, the better.

Solitude - 8:00am until 5:00pm: from the west entrance, follow the road leading to the Blue Palace. Just a little bit after you go under the bridge is a small "cliff side" on your left. If you stand there wearing 100% Alteration Magicka reduction equipment or use the Secret of Arcana power, two-handed casting of Detect Life for about 10-15 minutes should get you to 100 Alteration.

In the downstairs area of the Blue Palace (assuming the player has completed the Stormcloaks questline) you can level Alteration from 15-100 in approximately 14.5 minutes by constantly single casting Detect Life with The Mage Stone active (magical skills level 20% faster.) The great thing about this spot is that the NPCs are always there and never leave the area, allowing you to constantly gain levels without having to wait for NPCs to return the following day. Dual Casting does not provide an experience boost in this case, so single casting is all that is needed.

Holding any object in the air with Telekinesis without picking it up also gives a very high amount of experience. If the suspended object touches any NPC they will become hostile though, so be careful. If you can get a total of 100% magicka reduction cost, and fast travel while holding an object, the game will act as if you had kept casting for the whole duration of the travel, and level Alteration appropriately. For example, fast traveling between Riften and Markarth will increase your Alteration skill to 100, even if you start from 15.

Outside combat, you can gain a substantial amount of Alteration experience if you know the Transmute spell by using it to transmute iron ore into silver and gold ore. Even at low levels of Alteration, it should be possible to cast Transmute (an Adept level spell), although if you have been busy mining it may take a long while to turn all of your iron into gold (which you can then smith into jewelry for Smithing experience). The Transmute spell is not available from spell merchants, but the spell book is in two fixed locations in dungeons.