The ingredient Sweetroll is only found as food. Sweetrolls are more common than sweetcakes and have different alchemical properties.

According to dialogues, Salmo the Baker is known for his sweetrolls, and multiple sweetrolls can be found in his house. However, it is not possible to buy sweetrolls from him, and the rolls found there respawn at the same rate as other locations.

82 guaranteed samples can be found (these locations will respawn, since sweetrolls are food). The places with the highest numbers of samples are:

It can also be found randomly in the inventories of food vendors.

If you have installed the Fighter's Stronghold official plug-in, unlimited Sweetroll samples can be obtained by talking to Rona Benanius in Battlehorn Castle. 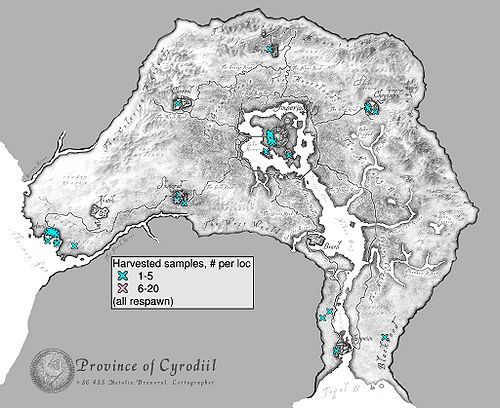 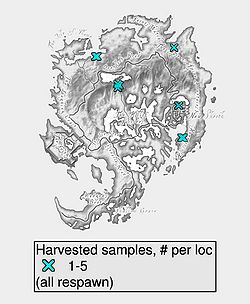 Locations of Sweetrolls in the Shivering Isles

The Shivering Isles quest The Coming Storm requires you to find a Sweetroll to give to Fimmion. SI also adds an additional 21 samples, including the following locations: