The Fighters Guild Porters do very little other than spend their lives wandering around each of the Fighters Guild chapters. They will wander randomly throughout the building between midnight and 6am, at which time they will follow you instead until midnight. They will continue to follow you around even after midnight, until you leave and re-enter.

They will respawn like guards, though killing one will naturally expel you from the relevant guild. All Guild Porters offer repair services. They never sleep, so they're available for repairs 24 hours a day. All wear a full set of steel armor, except for a helmet, and carry a fine steel longsword. Their spell selection is somewhat limited, consisting of leveled chameleon, invisibility, and silence spells. 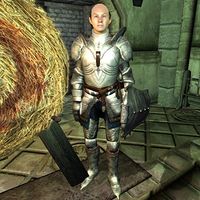 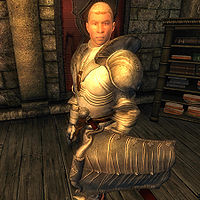 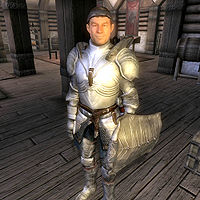 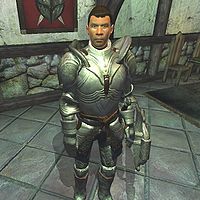 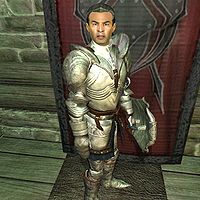 This Porter is the only Imperial of all of his rank: the rest are Bretons.

He used to be unable to offer repair services (see bugs section). 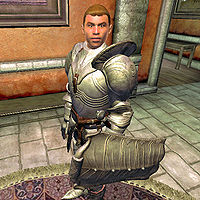 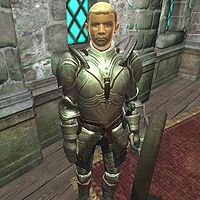